These words sound technical and informed. But they mean nothing…

I’ve blogged on this before. Maybe the problem is getting worse. Today Josh Horwitz has written about the problem of ordinary people not being able to understand what internet companies actually do, because they use too much jargon. Nice to see others have difficulties with this. “In an effort to either sound smart …or to simply dress up an otherwise boring product, startups that rely too much on jargon end up alienating the users they want to attract.” 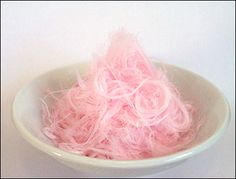 The same phenomenon afflicts all kinds of businesses. No need to name names. Rampant pressure to distinguish oneself, whether as an individual or an entity, among legions of similar others is leading us to think we have to sound smarter by picking fancy words. Stop! Sounding smarter comes from saying things that are smart. The trouble with fancy jargon is that it’s like candyfloss. The actual raw ingredients are way less impressive when you examine them in their raw form. What is this stuff actually? Erm, well it’s um – sugar, and um…It’s sugar.

Jargon’s nothing new. It’s a form of shorthand, a code language for those “in the know”. Fair enough. At its best it saves people in an in-group from having to waste time – they can just join the jargon words together and all nod enthusiastically in mutual understanding. Which is fine if you’re talking about widgets. Things that have an obvious meaning. Not so good with abstract ideas that have different understandings, and when jargon is either being used deliberately to obscure the fact the person doesn’t know what they’re talking about, or else to prevent clear understanding. Both of these motives are routinely at play in high pressure work situations. The former motive – a kind of desperate vanity – is a strong one in a context of power dynamics and the urge to please the mighty, to further one’s own interests. The latter motive – more associated with the mighty who disdain precision – can be seen in people who’ve allowed themselves to become detached from the lives of ordinary folks. They can be easily spotted by the slightly patronising way they explain things. Always in words, never in writing. Politicians, CEOs – they have to speak in a form of jargon at all times in order to reinforce their personal brand and their organisation’s brand. To hold a position. And the wannabes borrow these habits from them as a form of costume.

And so we have phrases like clear line of sight. We talk of talent instead of….people? Human resources? Participants? Population? Yes, Josh Horwitz we talk of content and platforms and apps and we urge one another to assess what that might look like. We talk about t-shaped people …and all nod enthusiastically…except there’s not a lot of clarity on what that might look like. Let’s have a stand up and write meeting notes on the walls. It looks ever so important and collaborative. We have purportedly connected organisations in which, Jim McNamara’s evidence shows “on average, around 80 per cent of organizational resources devoted to public communication are focussed on speaking” (p. 6) and “few ‘walk the talk’ of two-way communication” (p. 7). We work hard on engagement and value propositions. We work on strategies as ecosystems, looking for game changers.  We struggle to string these terms together. But we smile and look proud, to polite smatterings of applause.

It’s candyfloss. I agree with Jim McNamara whose research shows “there is a ‘crisis of listening’ in contemporary societies”. This is, on one hand, a deliberate ploy by the powerful, but more universally it’s because there’s too much talking and a lot of it is jargon. People can see it’s being used to undercut meaning rather than to elucidate it, and they stop listening. There’s too much telling in a way that people know is contrived for effect; it’s not genuine. At heart we long to hear others speak what is true, without pretence, without a motive other than to reveal their humanity, to widen the pool of light around the campfire, a space in which we can experience our shared struggles and joys using words that ring like bells.